RSS
← And now for something completely different…
June Journeying: in Anticipation → 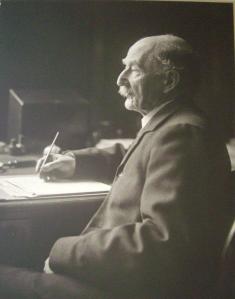 May has ended, spring might have finally sprung.
I tried to get myself into the seasonal mood, by focussing on the fecund and pastoral work of Thomas Hardy, but – as ever – I was distracted by ‘real’ life such as family birthdays, half-term holidays and (minimal) gardening.

I wasn’t starting from scratch; I had an idea of what to expect. I knew I had to be emotionally strong to put myself through the affecting wringer that is a Hardy novel. I had already read Tess of the d’Urbervilles (and studied it for A level), Jude the Obscure, Two on a Tower, The Well-Beloved, The Trumpet Major, Under the Greenwood Tree and The Mayor of Casterbridge; emotional roller-coasters all.  I remember reading Tess when I was about fourteen (far too young to appreciate much more than the bare bones of the story) and having no idea what happened between Tess and Alec until I studied it again at eighteen. The pool of blood seeping through the guest house ceiling made a chilling impact on its first reading though. And I never ate strawberries in the same way again.

This month I started with a selection of Hardy’s short stories, a mixture of Wessex Tales and The Distracted Preacher. Fellow Townsmen was as hard-hitting as expected: conflict, tragedy, reflection on the pace of change, architectural details – all the usual tropes and themes were present and correct but slightly more palatable when in a bite-sized dose.

The main focus of my reading has been Far From the Madding Crowd, Hardy’s first major successful novel, published in 1875. I was drawn into the story immediately; I found it not so much a ‘love triangle’, more a ‘love pyramid’ with the scathingly beautiful Bathsheba Everdeane as the central focus. My sympathies ranged between characters, mainly towards the sympathetic, straightforward, hardworking shepherd Gabriel Oak, but also towards William Boldwood, Sergeant Frank Troy (but only slightly), Fanny Robin, and even Bathsheba herself.
(I confess, as I write this on 1st June, my Penguin Classics’ copy is beside me with a large leather bookmark in page 370, begging to be finished. I am desperate to find out what happens in the end; hosting in-laws, entertaining children for half-term and writing this blog have prevented me from keeping to my deadline precisely)

[the next day: finished, with a sigh of relief as it’s a happy ending. Highly recommended, now, where’s the DVD adaptation to relive it…?]

Desperate Remedies was my Kindle reading; I’ve not progressed very far, although I know already that the path will not be smooth for Cytherea and Edward.

I only dipped into Claire Tomalin’s biography Thomas Hardy: A Time Torn Man; what I read of his early life was beautifully presented and I will certainly return to his story, even if I don’t continue reading it into June. The artistic tension between his training and work as an architect and his vocation as a poet and later novelist (mainly for the money; he never felt as proud of his novels as his poems) must have strained him at his metaphorical seams. He was also torn between his first wife and his second, reinventing his love for his first wife after her death; almost loving her more in death than in life, recreating her in his poems, more lovely and beautiful than in reality.
His life (1840-1928)  immense and intense chronological tension and changes during a particularly significant period in England’s history, from the beginning of the Victorian era with all the technological development and change, the extension of the British Empire, the explosion of innovation in art and design (architecture included), societal developments in addition to The Great War of 1914-18.

I will continue to dip into Hardy’s poems, novels and short stories for many, many years to come. I hadn’t intended to read much more than one major novel and a selection of poems this month and so I’ve achieved my goal; I knew the pile of books in the cherry blossom tree at the start of the month

was overly ambitious.
Hardy’s an indisputably great writer (albeit a little verbose at times) and takes the reader on an intense journey of feeling and character development whichever novel you read. His romantic realism is breathtakingly beautiful at times. Some of his characters will always remain with me (Tess, Bathsheba and ‘Little Father Time’s’ heartbreaking note: ‘Done because we are too menny’). I cannot decide whether he loves or hates his heroines in particular; he treats them so badly. Perhaps there’s an element of masochism in his writing which he was never able to put into practice in real life.

As a postscript, I am (indirectly) named after one of Hardy’s poems. Although both my parents are fans of Hardy’s novels and poems (my mum’s a former English teacher and my dad’s an architect), I only discovered his poem ‘Amabel’ about ten years ago while wasting time on a search engine. As expected, it’s a poem of thwarted love and longing; Amabel’s a ruthless woman.
Look her up.

Posted by BookWormMum on 01/06/2013 in End of month review, Reading Themes

← And now for something completely different…
June Journeying: in Anticipation →